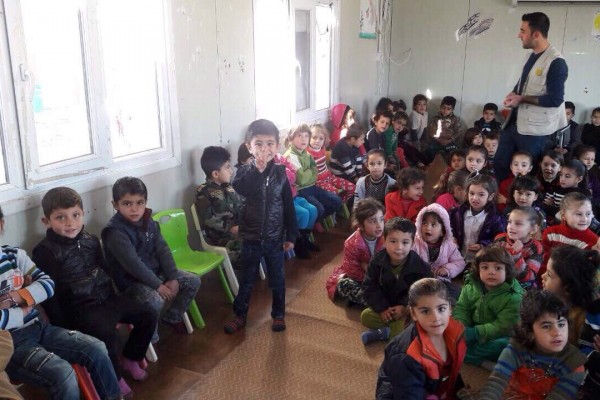 L’AFAM’s actions in favor of women, victims of exactions by terrorist groups, and children orphaned by the war began at the end of 2015

Mr. Abtine Sassanfar, a man with great humanist values, values ​​that he put to the service of many causes, contributed financially to the start of these actions

Since then, a school has been opened to accompany 480 orphaned children. Sewing and craft workshops for women victims are in place. A group of hygienists, made of medical students from the displaced people who live in the camp, provide help and support to the people in need. A psychological response unit is set up for women victims. Sports and cultural activities are organized for the young people staying in the camp. These achievements for the sole purpose of giving hope for a better future

The announcement of his death touches many friends and beyond: The enlightened look of a glimmer of hope and the smile on these children’s face accompany him in his eternal journey